Hydrocephalic children, a werewolf, and a witch sound like the makings of a Victorian gothic novel, but these figures can be found hanging in the shadows of Michigan folklore. Sure, you’ve heard of the Nain Rouge — the treacherous red dwarf who we annually banish at the end of March in a spectacular parade reminiscent of Mardi Gras. (This year’s March Du Nain Rouge, which will stomp through Midtown on March 25.) But there are plenty of other odd local legends around Michigan, as well.

Take the Melon Heads (sometimes spelled Melonheads) who are said to wander the woods of the Saugatuck Dunes States Park, for instance. The legend tells that there was a hospital nearby where a doctor treated children with hydrocephalus, a condition once known as “water on the brain.” When his funding ran out, the doctor released the children into the wild. “For some bizarre reason, these children never grew up, they just became feral, they could run at cheetah-like speeds and they would attack cars,” Hammond says.

Turns out, no hospital existed, and the legend is more-than-likely just old-fashioned name-calling. Hammond did some research on the legend and found that when the Felt Mansion, an estate once owned by an affluent family and sold to a seminary, was turned into a boy’s school, the local children would call the students “melon heads” because of their intelligence. The mansion itself comes with its own list of ghost stories which has acted as a harbinger of the Melon Heads legend.

Another local legend has ties closer to Detroit. Le Loup Garou, a werewolf who is rumored to roam Grosse Pointe, dates back to French settlers. Beginning sometime in the 1500s, instead of holding witch trails, the French would hold werewolf trials because the fear of being attacked was so prevalent.

The story of Le Loup Garou was written by Marie Caroline Watson Hamlin in her book, Legends of Detroit, which compiled various legends and myths around the city in the 19th century. Her story states a woman named Archange had fallen in love with a young farmer named Pierre. On their wedding day, Archange was kidnapped by Garou. Pierre, after giving chase, was found with only a piece of her wedding dress.

The story states that a year later at Pierre’s sister’s wedding, Garou, who preyed on maidens, was close by. Pierre chased the beast to the edge of a lake where a large catfish swallowed him up. The supposed footprint of the Garou is still visible on a boulder, which has now been moved to the corner of Chalfonte and Kerby Road.

Even more Michigan folklore find a home in Pere Cheney, a ghost town in the Grayling area.

Appropriately, one of the only things that remain recognizable in the area is the cemetery. Hammond explains how Pere Cheney experienced widespread illness such as smallpox and diphtheria, and the fall of the lumber business they relied on. They would leave the town officially deserted in 1918.

Unfortunately, calling a woman a witch was an easy way to place blame for the town’s failure on an outsider, “Of course, a lot of witches were always on the outskirts of town, widowed, maybe something was a little off with them,” says Hammond.

One version of the legend states that the witch was hung from an oak tree and buried underneath. While the elusive cemetery is no easy place to get to, hidden away in the woods and down a heavily rutted road, locals still make the trek, often reporting back unusual sounds, sightings, or odd feelings.

“Those cemeteries are what I call legend generators because no matter what, people are going to go in there [and] they’re going to have an experience because they’re anticipating it,” Hammond explains. Even if it’s just a raccoon in a tree.

Though it may seem like these stories are just a silly way to pass the time, Hammond is quick to point out the historical value of ghost stories, myths, and legends. “People come away learning history and they’re always surprised with how much they learn through a ghost story,” she says. 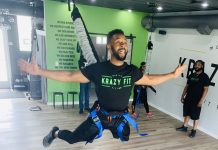 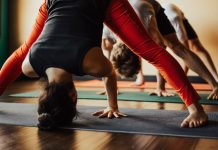 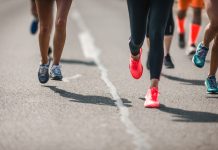