The Tony Award-winning musical Hamilton is known for its unique retelling of the history of our founding fathers through catchy hip-hop music, but it’s more commonly known as one of the most difficult Broadway shows to get tickets to since its premiere in 2015. Now, tickets aren’t standing in the way of people who want to see the reimagining of founding father Alexander Hamilton because a 2016 taping of the musical is available to stream on Disney+.

If learning more about the rivalry between Hamilton and Aaron Burr isn’t enough to make you want to tune in, native Detroiter Sydney James Harcourt is on the stage and screen most prominently as James Reynolds, a villain in the show who blackmails Hamilton. An original cast member, the singer, actor, and dancer also plays the character Phillip Schuyler, the doctor, and an ensemble member in the streaming network’s version of the show. Following filming, he went on to play Burr for a brief stint after Leslie Odom Jr’s departure in 2016. Altogether, he’s appeared in over 700 Hamilton performances.

A few days after the premiere of the show on Disney+, Hour Detroit spoke with Harcourt about his journey to the stage, the accessibility of Broadway, and the cultural importance of Hamilton right now.

When did your Broadway journey begin?

Sydney James Harcourt: I was captivated by musicals. I saw Singin’ in the Rain on a tiny little TV in Detroit when I was about 4 years old, and if you got to decide what you want to do in the world, I wanted to live in that world. But then as I grew up and started to think about the reality of what I can do in this world, I didn’t really think that it was feasible to go into Broadway. It wasn’t on my radar in Detroit. We were too poor to go see a touring show, let alone go to New York and see a show. But as I trained in middle school and high school, I started becoming aware that I had choices to make. I studied classical voice, but I didn’t want to do opera. I had learned dance in high school and I’d studied ballet, but I didn’t feel like I had the body and the facility that would make me competitive to get to the top. So, my intuition told me, “Well, you sing and you dance — go into musical theater,” even though I had never really acted. But it did speak to that moment when I was 4, watching Singin’ in the Rain and I thought, “I can do this, I can go to New York and live that Gene Kelly [Don Lockwood] moment.”

Did you expect Hamilton to reach the success it has?

We were all very eager to share it with audiences. Early on we all knew it was great and we all knew that there was nothing like it, but I know there’s no way we ever could have imagined it was going to be this juggernaut, this cultural force that it has become. I thought, “Oh, you know, this will be the biggest thing that season on Broadway,” then it took off like a rocket ship. I remember Busta Rhymes came and saw us when you could still walk up to the theater box office and buy a single seat for like, 40 or 70 bucks. I remember in the first act dancers coming off the stage and saying, “Oh my god, do you guys see that dude in the front row with like the huge gold chain on like totally impersonating Busta Rhymes up in here?” And then by the second act, we’re all coming backstage like, “I think that’s Busta Rhymes.” And then he came backstage and blew our minds. And that started this rock rolling down the mountain that just became this boulder of celebrities and acclaim. Like we can’t get our families to see the show without planning way in advance. You should be blessed to be in a show that you can’t get your family in to see.

Do you think Broadway shows should be more accessible, as far as making performances available to stream?

If it’s culturally worthy, then yes. I don’t think that every Broadway show needs to be filmed and dumped on a streaming channel. We don’t want to just flood the market with a bunch of shows, because what’s probably going to happen is the people who have the money and the connections to get their stuff out there, that’s what we’re going to see. I think first, in terms of accessibility, we’ve got to make theater more representative of the population that’s going to digest it. And then when you have something that has a message that can make people feel great or move them in an artistic way — or give them an epiphany about themselves — then by all means, these shows should be filmed so all of us can join in on the education that is theater and the humanity that is theater. Here [in Hamilton], we are talking about an immigrant story of an underdog who had nothing and came and made it through his own words and perseverance. And yet, only the people who already have all the connections and already have the money can go and see it on Broadway nine times and enjoy it. And how do you fix that problem? This [Disney + premiere] starts that change. For $6.99 you can watch Hamilton as many times a day as you can fit it in and then do it all again tomorrow and the next day. I think this is going to change us as a people when all of us have access to this now­ —  the children who should be inspired by this show can be inspired by the show.

It’s been a week since Hamilton premiered on Disney +, what do you make of the reception it’s getting?

It’s still mind-boggling for me. A lot of times, audiences, when they first get into a theater, especially if they’ve been waiting months and years for tickets, they only have the capacity to take in what’s going on with the lead characters and everything else in soft focus. But with a show like Hamilton being filmed and put out there, the most surprising thing about the reception is that people are seeing and celebrating the work of the ensemble. So that has really been surprising, inspiring, and heartwarming. And it can be hard to believe that you matter sometimes [as an ensemble member] and this has shown that we do. There’s so much love coming in from the fans towards the ensemble.

Start with the casting, the cultural representation. Theater started with Black characters being played by white people in blackface, and now we have people of color playing our founding fathers who were slave owners and it’s problematic for a lot of people. That’s good, because I don’t think that history can be spoon-fed to you exactly in the way that you prefer it. It’s incumbent upon us as observers, and of people who are thirsty for knowledge, to get excited about a topic and then do our own research. And I think that’s what Hamilton asks of you. Of course, it’s not exactly as history happened and that is good and it’s bad. But what it is, is an opportunity for people to do the work of reading the histories and finding out the stories that are behind all of these musical notes. And, you know, I feel like in doing Hamilton as an actor — and especially understudying so many roles — I had a lot of research to do on a lot of characters. I feel like I’ve been through a doctrinal study on the American Revolution. I learned so much about how politics work, just from trying to understand what happens in the room where it happens. In this time of social change and this cultural movement, we need to be politically minded and politically active. Knowing how it works is how we change things, and hopefully, Hamilton will engage a whole new audience and make them part of that process. 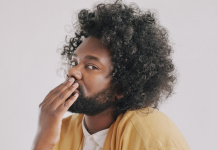 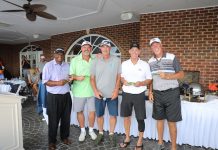